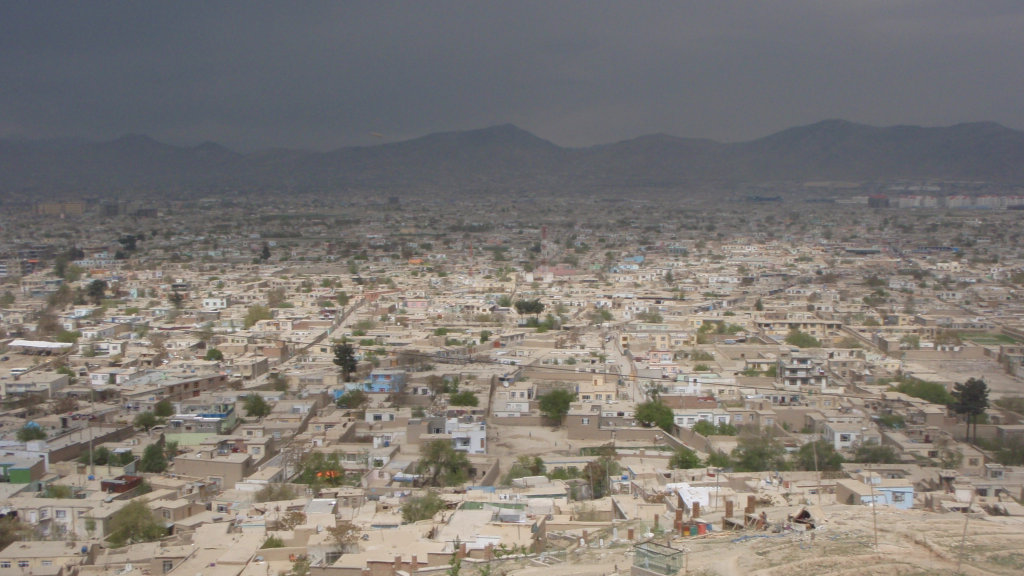 September 11, 2021.  Twenty years since the beginning of the Afghanistan war on terror. Twenty years, to the day that I was finishing a six-month deployment to East Timor assisting the Timorese people safely hold their first Constituent Assembly elections and freely vote for representatives for each of the countries thirteen new districts.

The East Timor elections on 30 August 2001 were starting to look like they had been a success and by 11 September 2001 I was spending time cleaning my equipment ready to start my return journey back to Australia. It had been a busy four years after joining the Australian SASR in 1997. With the selection course, a year of training, the Sydney Olympic Games in 2000 and now the East Timor deployment, I was looking forward to some leave and time at home with my family.

As I cleaned and packed my gear that night at our base in Balibo I declined a colleague’s offer to watch the news events unfolding in New York. Maybe it was the fact that I had been studying terror attacks for the last 4 years that I didn’t realise gravity of the situation, deciding that night that sleep was my priority given the several days of travel that lay ahead of me. It was not until a few hours later when I woke that I realised the devasting severity of what had just occurred.

The images of the people jumping to their deaths still hurts me to this day.

It was not the graphic violence I was witnessing on the live TV coverage as everyday citizens suffered at the hands of evil. It was the understanding of what it would be like to give up your life for no other reason than to take away the pain. And not the pain of natural sickness or disease, but pain deliberately and maliciously inflicted on you simply because you did not believe what someone else believed.

As a professional soldier, I am accepting of death. After experiencing my share of Afghanistan’s twenty years of recent war, the only thing I now hope is that when my time comes, I either die of old age with a whiskey in my hand, by accident living life to the fullest or by my own choice for a purpose that is bigger than me.

To be in a situation so hopeless you have no option but to end the immediate suffering is a brutality I struggle to accept.

Apart from the horror, what was also unknown on the morning of 12th September 2001 in East Timor, is that this day would mark the beginning of the 20 years of war and sacrifice that lay ahead of us.

While some of my close friends would deploy to Afghanistan just weeks later, my first deployment came the following year in 2002. In total, I would deploy to Afghanistan 5 times, some of my friends, up to 8. For what equated to multiple years of our lives and careers, we performed the duties entrusted to us by the Australian Defence Force and our Political Leaders. The epic moments from those deployments would become permanently imprinted in our brains. The sacrifices by our children and families, getting shot at, blown up and losing friends became a part of life. The acceptance of death showed the commitment we made to our country and the pursuit of the values Australia promoted. We believed in these values and still do. Some of us were so committed we stayed for the full 20 years of that fight, both in serving roles and post service to work with Australia’s public servants, keeping them safe as they advanced Australia’s national interest in Afghanistan; all the while with war raging around us.

I stand by the choices of our leaders in undertaking the mission.  Our purpose and intent was moral and just. To fight oppression and help all Afghans to govern themselves free of fear.

In 2001, before the full US invasion, Richard Carlton of 60 Minutes travelled to North Eastern Afghanistan and asked an Australian citizen fighting for the Northern Alliance “Will Australian troops make an iota of difference here?”

Soberingly accurate even today this is his honest reply:

“the fight against terrorism, it’s the responsibility of all nations. And I think the Australian Government, our government in a way, should prevent injustices all over the world.”

As the war continued, we built trust with the Afghan people. As a nation, they gave their support and commitment and were willing to stand up and fight oppression with us. We fought and sacrificed alongside them, we became friends, we trusted each other. We were fighting for freedom together.

One of the things that hurts the most today is the feeling we have betrayed that trust. Thousands of allies and their families abandoned because the fight was no longer politically advantageous.

Humanity is not about helping a friend in order to get something in return.

John F Kennedy once said, “Let every nation know, whether it wishes us well or ill, that we shall pay any price, bear any burden, meet any hardship, support any friend, oppose any foe to assure the survival and the success of liberty.”

While our Australian news networks share the voice of the Taliban regarding Australian soldiers committing ‘some of the worst and brutal kind of human rights violations’ our leaders are staying conveniently quiet about the fact that Afghanistan is now run by a government that made it their modus-operandi to attack civilians in order to win their war against us.

124 attacks alone in Kabul since 2017 in the form of car, truck and suicide bombs, surrendering ANA soldiers gunned down in the street, citizens dragged from their cars and homes and shot dead, people hung from Blackhawk helicopters, press being beating in Kabul and former US interpreters having their tongues cut out, while the media has the audacity to report on the “toxic culture” of our own troops.

As to why the country surrendered and fell so fast leading to the current crisis, that is a complicated question with an even more complicated answer. Ultimately the US, Australian and allied soldiers fought bravely but failed due to corruption and regional politics; the two things our militaries were not at liberty to solve.

General Sami Sadat said it well when he wrote in the New York Times that Afghan forces had fought bravely over the past two decades of war and that “we were betrayed by politics and presidents.”

With non-existent logistic, medical and offensive fire support to the Afghan National Army, the majority of Afghan soldiers decided to go home and protect their families.

On August 16 this year as the situation unravelled in Kabul, President Biden declared “American troops cannot and should not be fighting and dying in a war that Afghan forces are not willing to fight for themselves.”

The statistics tell a different story.

41 Australian soldiers were killed in Afghanistan between 2001 and 2014.

2,500 American service members with another almost 4,000 US contractors killed over the duration of the conflict.

66,000 Afghan national military and police killed over the last 20 years.

Clearly this was a nation willing to fight.

In my earliest days serving in Australia’s Defence Force, I learned a trademark military saying that in the end just didn’t seem to apply to Afghanistan.

Equally as powerful as it turns out was the great Afghan catchcry “You may have the watches, we have the time”

The Taliban were clearly playing the long game. They knew from the outset that patience would ultimately become their greatest weapon.

I will struggle with the events surrounding the fall of Kabul for the rest of my life. We didn’t leave because we were defeated by the Taliban, we gave up because in the eyes of our leaders the mission was taking too long.

We did not invade Afghanistan as the Taliban will now tell us through Australian media. We used military force to liberate an oppressed people, to assist Afghanistan to build a country where they could have freedom. The same freedoms we enjoy.

For the last twenty years we fought for justice and convinced the Afghan people to join us in that fight. Then we walked away when it got hard.

What this means for the Afghan people is sadly more suffering. Engaging in an endless fight to protect their tribes and families. Unfortunately, not only have our governments betrayed their trust by walking away, but we have unintentionally rearmed our enemy as we did.

War can be both a thrill and horrible nightmare. It is not black and white; it exists in the grey.  It requires both sacrifice and enduring commitment.

I believed in what I fought for and still do. I am proud of my service and the service of the people I fought alongside. They should be proud of their service too.

If we have the capacity, we should willingly do it again.

Never more true are the words of Australian Defence Force leader, Lt Gen David Morrison (Chief of Army 2011 – 2015 and 2016 Australian on the Year) “The standard you walk past is the standard you accept”. The Taliban standard I cannot accept. As a nation we should not accept it either.

It is time to learn from our mistakes. To let values not politics guide our actions.

Because freedom and humanity will always be worth fighting for. 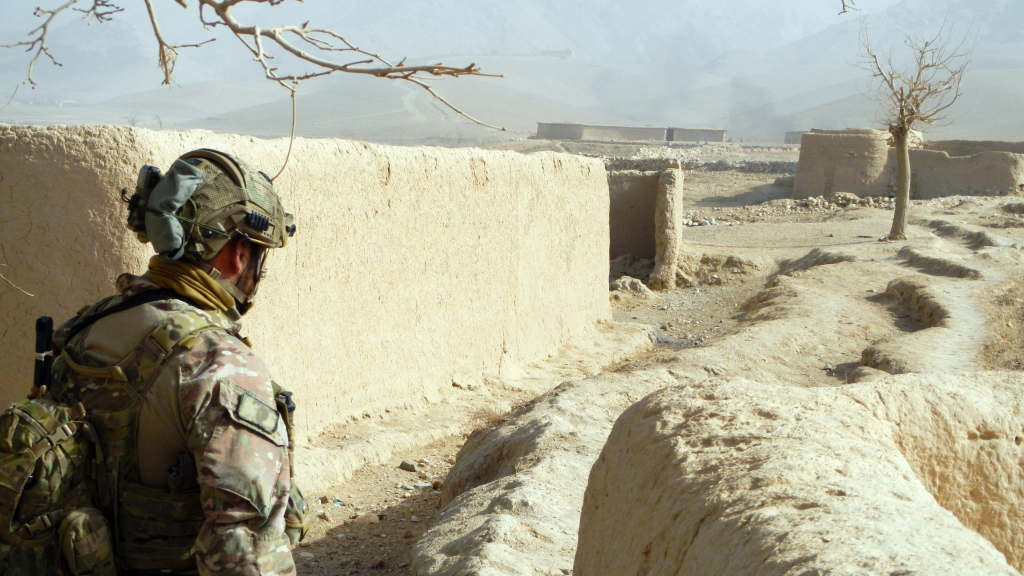 While I don’t want to let my current emotion drive my comments, there is one point I want to make.
Most Australians can’t comprehend what it’s like to fight a war. What it’s like to accept death and what
it’s like go to war against evil.

And that’s a good thing.

So now at a time when it would be easy to stay silent, it is important to find the courage to speak. To
share with people the realities of war and the fight against oppression. Without this, we can never learn
from our experience and we have lost too much to not gain something.

While we went to Afghanistan to protect our citizens and western values, we were welcomed by, fought
alongside and forged friendships with the Afghan people. They embraced our presence and wanted a
better life for their people. We fought hard against terror and fear together.

There are a lot of diggers and Australian Veterans today feeling as though they have failed, that it was all
for nothing.

I don’t think that’s the case.

While we didn’t achieve the mission in our imposed timeframe, we never failed in our commitment to
help the Afghans realise freedom.

I believed in what I fought for and still do. I am proud of my service and the service of the people I
fought alongside. They should be proud of their service too.

For the last twenty years we fought for the ultimate human right… freedom.

If we have the capacity, we should willingly do it again.

We should never give up the fight for justice of our fellow man.

To fight terror and make the world a better place.

Where Afghanistan goes from here will be up to the Taliban and the Afghan people. Their current and
emerging leaders.

My thoughts are with them in these dark moments. I hope that they will find peace very soon.